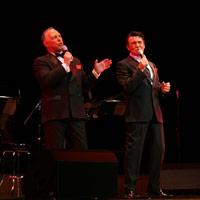 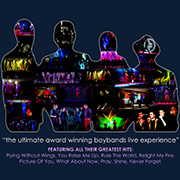 Tribute to the Boy Bands

Tribute to the Boy Bands is a great way to have a mixture of the best UK Boybands of the 90's and 00's. They offer a live show experience as if you were at a real concert, no cabaret performances here! These guys are serious about their work and really enjoy what they do.

They can perform all the biggest hits of Boyzone, Westlife & Take That, 5IVE, 911, A1, Blue, One Direction, The Wanted and McFly. If there are any songs in particular you would like, then they will most probably be able to do it from their vast catalogue. 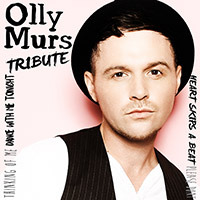 Get ready for the best shows in town. If you're looking to see your favourite Olly Murs Tribute, then you'll find it here. Offering all the smash hits from Olly Murs as an individual or as a double show, with his Bruno Mars Tribute.

For an exceptional tribute experience to the true entertainer himself provides maximum entertainment for everyone, not just for the die hard Olly fans and the USA's superstar Bruno Mars fans. 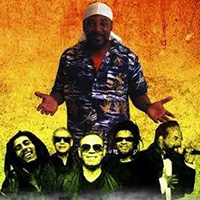 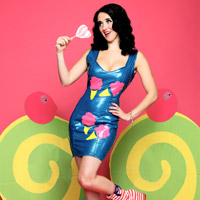 Almost Katy Perry is the UK's No1 tribute artist to Katy Perry, capturing the voice, style, moves and incredible energy of the California Gurl. The show is brilliant fun, energetic, packed with all of Katy Perry's hit songs to sing and dance along to. Grab your cupcakes and candy floss for a fun-packed evening!

Almost Katy Perry is a world-class entertainer, having recorded and toured as a backing singer for artists such as Bryan Ferry, Russell Watson and Antony Costa. Her stunning vocals and incredible stage presence make the show truly come alive. 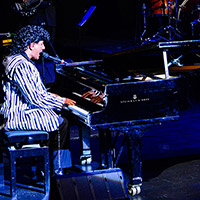 A show features the outrageous Little Richard. Little Richard’s exciting full on brand of rock & roll, along with the flamboyant, fabulous stage act really is a blast and so much fun to for him perform. 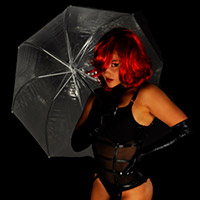 Almost Rihanna, a sexy, sassy singer, does an exceptional tribute show to this one and 'Only Girl'. Impersonating and singing all of her amazing songs, from 'We Found Love', to 'Umbrella', to 'What's my Name', she performs all of Rihanna's hit songs.

Almost Rihanna has imitated every attention to detail, leading you to believe Rihanna is really on your stage.

This Shakira Tribute is a distinctive show, and has unique resemblance to Shakira's very own style and trademark belly dancing.

There is no other Shakira tribute as accurate, and as explosive as Almost Shakira. She has travelled all over the UK and internationally with her Shakira tribute, and has a high reputation for replicating the latino sensation. Watching the show is exciting, and most of all mesmerising. The show is visually stunning, and her performance recreates all of the glitz and glamour of Shakira's most memorable performances.

A stunning tribute to Ray Charles, Nearly Ray Charles sings the greats including 'I've Got A Woman', 'Hallelujah I love Her So' and 'Hit The Road Jack'.

He has have been performing as Ray Charles for a few years and Ray’s songs are so amazing to sing and play. He realised straight away that every note he ever sang or played came straight from the heart. Nearly Ray Charles has learned so much about music just by studying him. He was the master of how to deliver a song with feeling. 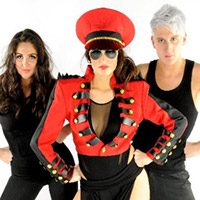 Almost Cheryl has watched her grow in demand, and not only has she perfected her Cheryl Cole Tribute off to a fine art, she has done many lookalike events round England. Having her as a lookalike to Cheryl Cole, at a special event, or on a judging panel at a singing competition, or even at a birthday party for those who love this Geordie pop star, this is a great way to start the night off. Without a doubt Almost Cheryl Cole captivates her audience from the minute she starts singing, to the end of her fantastic Cheryl Cole tribute.

She has an incredible likeness to this superstar; she interacts well with any audience, sings to a superb standard (live), and as a professional dancer, this Cheryl Cole tribute is guaranteed to be a great experience for any one watching.