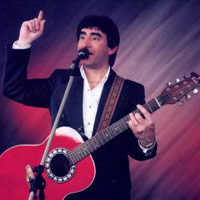 Now recognised and established as Europes top Lookalike/soundalike tribute to this mega star of Chris de Burgh. Some of his audiences have been convinced that it could have been Chris de Burgh himself. He has the Looks, the Voice and the mannerisms to perfection. Sheer professional talent and entertainment at its best.

He has been performing at sell-out venues throughout the UK, Europe & USA and has also appeared on ITV & Sky Television. This tribute has been the first tribute invited personally by Chris de Burgh to sing on stage with him, in front of thousands! He is also an excellent John Lennon Tribute.