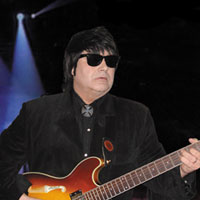 With his incredible tribute to "The Big O", this tribute is proud to make your event complete, dominating them with his similar smooth tenor voice to Roy. Fans of Roy Orbison have commented on how indistinguishable he is from Roy with his voice, looks and mannerisms, he really pays attention to detail!

Some of the many classic Roy Orbison songs sang are "Only the Lonely," "In Dreams," "Oh, Pretty Woman," "Crying," "Running Scared," and "You Got It" 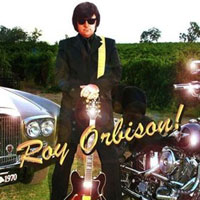 This tributes performance as Roy Orbison has been reviewed the world over with great acclaim.

People often think he's miming to Roy's original recordings. Some say he brings more to the role than just the look and sound of Roy and adds much of the essence of the fabulous Roy Orbison as well.

He has performed on tours in Canada, Europe, The Middle East and he recently travelled to Australia to perform with a 20 piece orchestra for one night only. 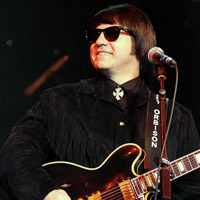 An astounding tribute to Roy Orbison. His voice is amazing and sings just like Roy Orbison, he is a real legend!

With remarkable accuracy, this tribute can sing 'Only the Lonely', 'In Dreams', 'Pretty Woman', 'Crying' and 'You Got It to name but a few.